I am Ali, Citizen of Iran and the World, Goodwill Ambassador to all Iranians and Mankind, the Voice of Freedom. 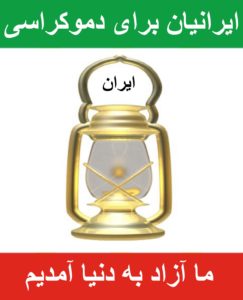 Over 40 years ago we the people of Iran were fooled by a man named Ayatollah Khomeini. We were promised freedom and democracy, but all they delivered was the new kingdom of Ayatollah Khomeini. And with that, we were introduced to war, poverty, and corruption.

“Destiny of Iran, Freedom is Calling. Democracy is Ours.” – Ali

We are the new clan known as Sohrab, and as we get closer to our destiny, we will carry the lantern, a symbol of freedom across our land.

We must remember, we only live once. We are born free. We will live free. We will die free. It is time to join the cause with Ali, let the history books remember us as the people that stood up and fought against the oppression and overthrew the kingdom of the Ayatollahs.

Be a sponsor – Join the cause!

Lantern of Freedom shirts are free.

Acquire our shirts on eBay

We are a non profit organization.